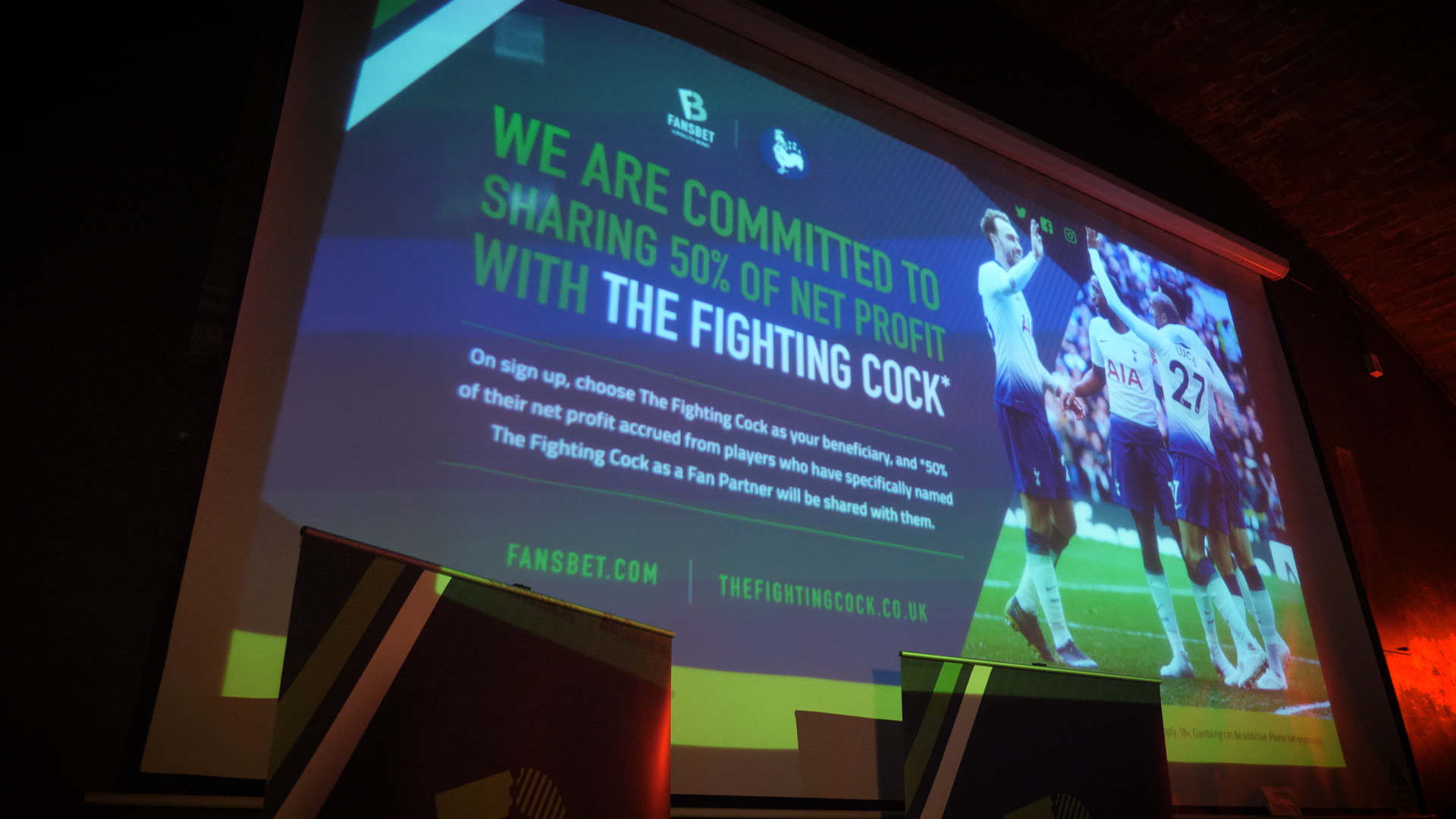 The money that FansBet provided meant that 200 of the usual Social attendees got in for free.
Flav, The Fighting Cock

The Fighting Cock is a podcast, website, fanzine and supporters’ movement for Spurs fans that has been running since 2011 and after teaming up with FansBet they were able to throw the ultimate party. for hundreds of their loyal followers.

The Fighting Cock has always kept fan culture at the forefront of what they do and aim to replicate the discussions that are had among football fans everyday while getting together to record them for their listeners.

When they realised that it was almost impossible to get tickets to away games – meaning thousands of Spurs fans often had no choice but to watch Tottenham matches at home or in pubs around the capital surrounded by fans of other clubs – they came up with the idea of doing The Fighting Cock Social.

It was their belief that with the influence of The Fighting Cock podcast, and the desire for football fans to watch their side play among the company of their own, they needed little more than a pub or bar to let the fans come together and watch football.

Regrettably, though, in order to cover costs for such an event they had no choice but to charge £5 per person, which obviously isn’t ideal as 300 football fans in one place in central London isn’t everyone’s cup of tea.

However with the help of FansBet the Fighting Cock were able to host a live event free of charge – meaning that 200 of the usual Social attendees got in for absolutely nothing.

So, for the game against Borussia Dortmund in the Champions League, Spurs fans jumped at the chance to attend what was sure to be a great night, grabbing all the FansBet sponsored tickets in a matter of hours.

And to cap things off, former Spurs and England goalkeeper and FansBet ambassador, Paul Robinson, also dropped by to pay a visit, sharing stories from his time as a Tottenham legend and explaining in detail about the work that we do to help football fans of all clubs.

We think it’s fair to say that everybody who attended the Fighting Cock Social had a night to remember and are proud to be able to help in hosting this memorable occasion, which we are sure will be the first of many more to come as we continue to work with the football supporting community.

These are just some of the latest partners we have helped.
Celtic Greats
Celtic fans are able to join their heroes to thwart the challenge of Derek Johnstone’s Rangers side.
Read more
This website uses cookies to improve your experience. We'll assume you're ok with this, but you can opt-out if you wish. Accept
Privacy & Cookies Policy